Joshua A. Kamen, Esq. is an entertainment attorney based in the greater Atlanta area.  He holds a Bachelor of Science degree from Cornell University and graduated cum laude from Fordham University School of Law.  He is licensed to practice in New York and Georgia.  Josh began his career as an intern at the music law firm Carroll, Guido & Groffman LLP while in law school, working on deals for Jay Z, Outkast, Dave Matthews Band and others.  He then spent several years as a commercial litigator for Mayer Brown LLP in New York, representing clients such as Citibank, Bank of America, Ernst & Young and Hitachi.  In 2010, Josh opened The Law Offices of Joshua A. Kamen, P.C.  He currently represents several recording artists, producers, production companies, small labels and other media companies.

Josh has been recognized as one of the Top Music Lawyers by Billboard Magazine in 2021 and 2022.  He was also featured on the cover of Hits Magazine in January 2020 showcasing executives representing the changing of the guard in the music business.  Josh has spoken on panels at the State Bar of Georgia, Emory University, the ABA Forum on the Entertainment and Sports Industries, the International Association of Korean Lawyers annual conference, the A3C Music Festival, the Dynamic Producer Conference, and Sha Money XL’s One Stop Shop Music Conference.  Josh also was a member of the Honorary Committee for City of Hope's 2019 Spirit of Life gala honoring Epic Records Chairman & CEO Sylvia Rhone.  Before becoming an attorney, Josh had a radio show on WVBR-FM in Ithaca, New York and was the house DJ at the Crane Club in New York City. 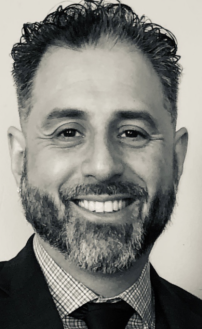